Jan B. Sheldon
Jean B. Schumaker
Jenna Sheldon-Sherman
Jesse Schumaker
Becca Sheldon-Sherman
Scott Schumaker
Writing a simple sentence is not an easy job. You’ve got all those subjects and verbs to keep untangled. Prepositions and infinitives only add to the mess. Throw in a few adjectives and adverbs, and, well, telling which end is up can be difficult, much less where the period goes.
To help make sense of the whole shebang, the Fundamentals in the Sentence Writing Strategy program offers a logical and simple way to teach—and learn—the basics of good sentence writing. This student materials volume contains 19 sets of learning sheets needed by students as they learn about the requirements for a complete sentence, the basic parts of a simple sentence, and the four major patterns that a simple sentence can take. Eight additional sets of learning sheets are provided for instructing students to use adverbs and adjectives and other parts of speech in their sentences. A separate instructor’s manual contains the step-by-step instructions for teachers. Simple sentences don’t have to be complex. See for yourself! Please don’t forget to purchase the instructor’s manual! 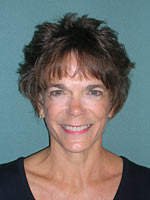 My Background and Interests
I have been extremely fortunate to fulfill my childhood dreams of having a doctorate in child psychology and being a licensed attorney, and I feel even more fortunate, as a university professor, to have “the best job in the world.” Teaching and working with undergraduate, graduate, and law students in the areas of delinquency, truancy, in-home family therapy, developmental disabilities, early education and intervention, curriculum development, and advocating for the rights of dependent populations have made my professional life interesting and varied—with never a dull moment. One of the most important goals in my life is to make a meaningful difference in others’ lives. My teaching, research, and service endeavors for the last thirty years have addressed that mission, and I have attempted to accomplish this goal in a variety of ways. I am a founding board member of Community Living Opportunities (a community-based program serving over 350 children and adults with developmental disabilities), Full Citizenship (an advocacy program for people with disabilities), and the Lawrence Partnership for Children and Youth. I developed and am the Co-director of the Douglas County Truancy Prevention and Diversion Program and Family Enhancement, an in-home family therapy program. Additionally, for 20 years, I have been the Director of the Edna A. Hill Child Development Center at the University of Kansas. In all of these endeavors, I have been greatly influenced by the people with whom I work including parents, children (including my four children), youth, teachers, children and adults with developmental disabilities, my students, and supportive faculty and colleagues.

The Story Behind the Fundamentals in the Sentence Writing Program
Jean Schumaker and I started developing instructional programs for writing skills in the 1970s when we were graduate students at the University of Kansas. She took part in an internship at the probation department of the Douglas County Juvenile Court in Kansas, and she was assigned several cases of truant secondary students. In working with these students, she learned that they could not write (or read). They told her that one of the reasons they avoided school was that they were embarrassed because they could not complete the work assigned to them. We decided to create a summer school program for these students (and others like them) in our community, and we looked for writing and reading programs to help them. We quickly learned that there were no instructional programs available to teach them writing in an intensive way, and we decided to create one for teaching them how to write a variety of sentences. Over the course of several summers, we refined the program and ensured that it was effective in teaching sophisticated writing skills.

The result of our work back in the 70s is what is now known as the Proficiency in the Sentence Writing Program. After it was published, it quickly became very popular across the nation. However, many teachers kept telling us that their students had not learned the basic prerequisite skills that were required to enter that program. They reported that they had to teach their students basic skills like identifying subjects and verbs before they could begin instruction in the Proficiency Program. They complained that finding good instructional materials for this task was difficult and asked for more instructional materials.

In response to these teachers’ requests for a program, the Fundamentals in the Sentence Writing Strategy Program was born. Jean Schumaker and I (along with the help of our children) created a program that would teach students the prerequisites that they would need to enter the Proficiency in the Sentence Writing Strategy Program. Within the Fundamentals Program, students can learn the basic requirements for a complete sentence, how to check their sentences for completeness, and how to use a strategy for writing simple sentences. They also learn how to use linking verbs, action verbs, helping verbs, adjectives, adverbs, prepositions, and infinitives in their writing.

My Thoughts about Strategic Instruction
Strategic instruction is one of the few instructional methods that have been shown to be effective through empirical research to produce improvement in the learning and academic performance of at-risk students. The studies conducted on the Fundamentals in the Sentence Writing Strategy Program have shown that a variety of students, including elementary students, students with and without disabilities, and students representing a variety of minority populations can learn the basic skills associated with writing simple sentences when this program is used with fidelity.

Teacher and Student Feedback on the Fundamentals in the Sentence Writing Strategy Program
This program has been very popular with both teachers and students. Teachers have used the program in a variety of settings including general education English and language arts classes, resource rooms, tutoring settings, and after-school programs. This program is included in numerous district scope-and-sequence documents across the nation starting as early as the third grade.